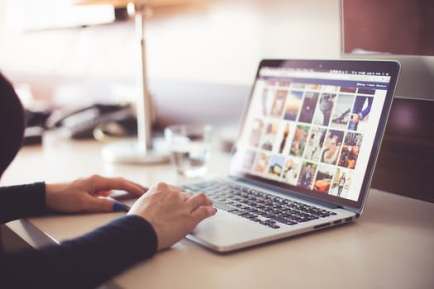 In a 2013 blog post, Courtney Martin, co-founder of the Solutions Journalism Network, “an independent, non-profit organization working to legitimize and spread the practice of solutions journalism,” addressed the question: “What is Solutions Journalism?”

Solutions journalism is rigorous and compelling reporting about responses to social problems. It investigates and explains, in a critical and clear-eyed way, examples of people working toward solutions. It focuses not just on what may be working, but how and why it appears to be working, or alternatively, why it may be stumbling.

“It’s not about making people feel good or advocating for a certain policy or balancing out the ‘doom-and-gloom,’” she wrote. “Instead, solutions journalism is about what journalism has always been about: informing and empowering people.”

What’s different, she suggests, is that “we’re just asking journalists to do that in a more complete way, by investigating what has worked just as rigorously and relentlessly as what hasn’t.”

Sharon Chan, vice president of innovation, product, and development at the Seattle Times, identifies one example of how this approach was brought to a story about “school discipline that doesn’t deprive students of their education.”

As she admits, “the more traditional way to write it now would have been to write about these formal racial disparities in the way discipline is applied.” Instead, the paper took a different approach. Chan explains:

The impact of this work “resulted in two major pieces of legislative action at the state level,” Chan says.

The Solutions Journalism Network provides a “story tracker” database that o ers searchable examples of this type of journalism being produced around the world.

Examples of other solutions-led reporting from the Pacific Northwest region, captured 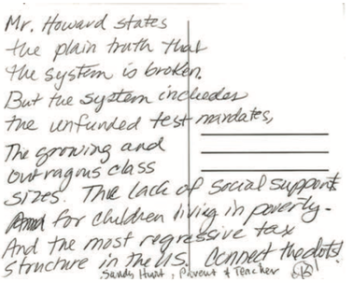 Image: Response from attendee at the Seattle Times’ 2015 event, “Discipline That Works for All”

by the tracker, include a feature on “Why Seattle Cops and Social Workers Walk the Beat Together” from KUOW (a public radio station in Puget Sound, Washington, and Southern British Columbia), a story by Seattle-based tech website GeekWire on “Finding affordable, innovative ways to harness technology to combat homelessness,” and an OPB feature on how “The Answer to Oregon’s $8 Billion Health Problem Lies in 1970s Maine.”

This is an extract from a new report on the evolution of local journalism in the Pacific Northwest, published by the Agora Journalism Center at the University of Oregon.